Welcome to the first piece of our new cultural section, “Tourism“, which will discover for you the many treasures hidden within our beautiful territory, the senese Valdichiana.

Today’s article will be about the Montepulciano Fortress, the gorgeous structure that overlooks the town. From its windows it is possbile to admire the landscapes of Valdichiana and Valdorcia, even catching sight of the Trasimeno lake in Umbria.  The fortress has been used for the most diverse purposes trhoughout its long history, and its structure went through several architectural alterations according to the needs of each age.

The most ancient informations we have are from the 8th century and they talk about the Castrum Politianum, placed in a strategic location to defend the city and to control enemy activity in the surrounding valleys. It is very likely that, already before the Longobardic age, the castrum was used as part of the city fortification. A legend has it built on top of the ruins of a roman temple, probably devoted to Mercury or Janus, but there’s no official source to confirm this.

The actual structure of the fortress, similar to what we can see today, was only built in 1261. It was erected by the seneses after the Monteaperti victory against Florence, used as military outpost and repeatedly rebuilt for military necessity during the whole period that saw the cities of Siena and Firenze waging war at eachother. Its military function has slowly decayed after the 1614 earthquake and after the end of the war.

The 19th century restoration gave the fortress the appearance we can see today. By the end of  1800 it hosted the Stabilimento Bacologico of Francesco Saverio Melissari, who used the building to grow silkworms. In 1935 the property of the fortress went back to the municipality of Montepulciano, which decided to requalify the structure as a public school. For over sixty years, the fortress rooms housed the local gymnasium, attended by students of Valdichiana and Valdorcia.
When the highschool was moved to a new building, outside the historical center, the Montepulciano fortress changed its function once again. In virtue of its artistic and archaeological value, it is presently used as a cultural center: within its walls are hosted art exhibitions, conferences and advanced cultural initiatives, oriented to both the local population and the tourists.

Further and more recent restorations allowed the municipality to re-open of all the three internal floors, which have been modernized, strengthening the public cultural spaces and the accomodating opportunities.

Thanks to its location, its history and its value, the beautiful Fortress is quickly becoming the new main cultural center of Montepulciano.

For the ongoing cultural initiatives taking place in the fortress, we remind you of the Luci sul Lavoro festival and the art exhibition dedicated to the great metaphysics painter Giorgio de Chirico. 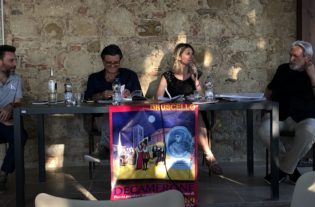 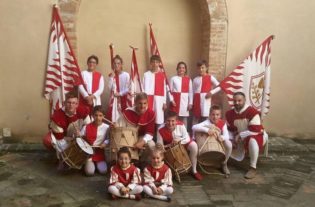 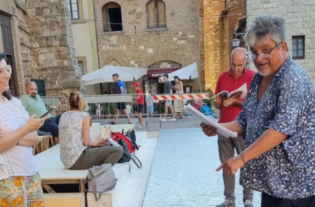