Our journey through the most interesting locations of Valdichiana goes on: the hidden pearls everyone should know about, that every tourist should visit!

Today we’ll talk about the Fighine castle, in the municipality of San Casciano dei Bagni.

The Fighine castle overlooks its old town, which bears the same name. It sits on the top of a hill, on the boundary between Valdichiana and the Paglia valley, from which it is possible to admire both. To reach the castle, a visitor should exit route SS321 and follow a white road that runs in the proximity of Piazze, following the signs from Cetona or San Casciano dei Bagni. Because of its height of 650mt above sea level, Fighine holds a strategic position on the surrounding territory.

The origins of the castle lie in the medieval age: the first datas has been found in a document from 1058, related to the Pieve di Santa Maria de Fighine, among the properties of the noble longobard Gottifredo.

The first confirmed informations came from the Visconti family of Campiglia d’Orcia, at the time feudatory of San Casciano dei Bagni: emperor Frederick of Swabia granted Tancredi Visconti the ownership of the Fighine castle through an edict in 1266.

But Fighine’s history has been rich of highly charged moments, because of its strategic position on the limits of the senese Valdichiana. For at least two centuries, the castle was the target of disputes between the local aristocracy, captains of fortune and warlords who came from Cortona seeking for a base to their war operations.

The so longed peace came in Fighine in 1446, when its property passes to the Republic of Siena, and later to the Grand Duchy of Tuscany. The end of the wartime and long centuries of quiet caused the decay of Fighine’s strategic relevance, but at the same time they allowed its slow reconversion, leaving the medieval fortification purpose in the past. The Fighine castle is, at the moment, a wonderful structure with a quadrangular base, delimited by four towers: the torre vecchia, the torre maestra, the torre mezza tonda and the torre saracinesca. The defense walls, spaced out by small round towes, start from the castle and surround the whole town. A section of the walls has been used as apse by the Church of St. Michael Archangel, in which are kept painting of saints belonging to the schools of Orvieto and Florence from 18th Century.

Walking around Fighine is like dipping into the past: ruins, war fortifications, balconies and defense towers. The war time is long forgotten and the castle stands now as a beautiful and suggestive touristic location.

The Fighine castle now serves mostly as a touristic attraction, and this allowed to reconvert part of it into accomodating structures, used both by foreigners and local people. The Church of St. Michael Archangel is used to celebrate weddings in the fascinating medieval frame of the town. 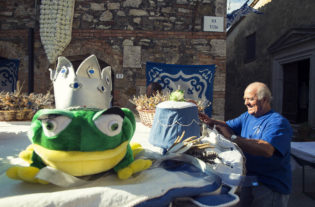 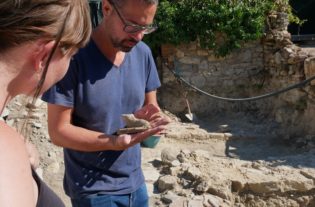 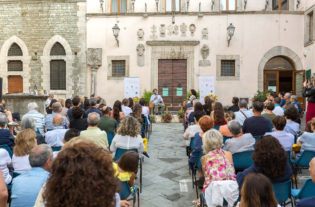