Let’s continue our travel across Valdichiana main places of interest, by paying close attention to castles and burgs. Today is the turn of Montefollonico, a small burg in the municipality of Torrita, on the border between Valdichiana and Valdorcia.

Montefollonico rises up on the top of a hill, a few kilometers away from Torrita di Siena: it’s a striking burg made of stone, inhabited by 500 people, and it can be easily reached from Montepulciano and from Pienza. As you can see on the signs, Montefollonico has the orange flag, that proves it’s a quality tourist hub and a quality environmental place. This flag is given by the Italian Touring Club: as a matter of fact, the burg stands out for its well preserved old town centre, made of narrow and contorted streets which twist and turn among Medieval buildings. It also offers high quality food services and it has a rich network of roads, in order to enjoy the landscape.

The history of Montefollonico is very old. Thanks to the finding of some tools in a place called “Il Tondo”, the presence of the Neanderthals is confirmed, around 60.000 years ago. Moreover, there are some traces and signs from around the Etruscan and Roman age. The true developement of the burg had place after 1.000 A.D., thanks to the foundation of the parish church by the Cistercian monks; the monks were dedicated to fulling wool (hence “fullones” in Latin, which was kept in the etymology of Montefollonico).

The strategic position of the fortified burg was used in 13th century by the Republic of Siena, as an outpost against Montepulciano, allied with Florence. This was a prosperous period for the burg and most of the buildings – still there nowadays – go back to that period. Its independence last until 1552 A.D., when it capitulated to the Spanish imperial army, and then it passed into the possession of House of Medici two years later.

The walls of Montefollonico are a distinctive feature of the burg: they are well preserved and there still is a castle and many towers. The tree gateways, which give access to the old town centre, are still clearly visible: they are called Porta a Follonica, Porta del Triano and Porta del Pianello. Inside the burg there are the Church of St. Leonard and the cloister of Saint Mary, which go back to 12th century, in addition to the early Christian church of St. Bartholomew, that goes back to 7th century. Another interesting place is the natural park called “Il Tondo”, on the top of the hill, near Montefollonico, made of cypresses and holm oaks set out circularly.

One of the main reasons why visiting Montefollonico is the tradition of the Vin Santo. It’s also knows as the “Burg of the Vin Santo”, the sweet white wine matched with the Tuscan specialty of the cantucci (almond biscuits). The production of the Vin Santo in Montefollonico is not limited to agricultural businessmen, but it’s also made by amateurs who inherited the typical techniques to be able to produce that sweet white wine in their basements. This tradition is celebrated every December in the event called “Would you like a bit of Vin Santo?”, related to hospitality towards the tourists.

To sum up: Montefollonico is not only suggested to tourists, for it’s an interesting place for its venues, or it’s a cool place where to spend an afternoon, maybe in its old town centre, or walking through the paths of the natural park. You can still breathe a very Medieval atmosphere within its walls! 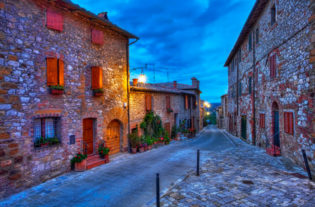 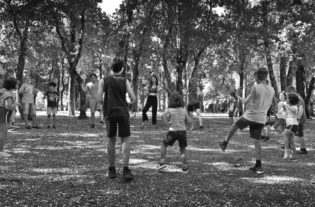 4 thoughts on “The Burg of Montefollonico”