During our journey throughout Valdichiana’s hamlets and fortresses, we couldn’t miss the beautiful Castle of Sarteano, a location of great touristic value, also famous for hosting important events and festivals.

Both the castle and the hamlet of Sarteano maintain their medieval appearance: the town is built around the base of the fortress which, from the top of the hill, grants a wide view on all the surrounding territories. The castle is built on a massive travertine boulder and it is surrounded by a park of centuries-old holm oaks.

From the keep of the castle it is possible to admire the whole Valdichiana, the mount Cetona and the lakes of Chiusi and Montepulciano.

It is a fundamental landmark to anyone who intends to visit Sarteano, because of its incredible panoramic view. The castle of Sarteano is also an interesting location for all those who are into medieval history, since the extremely good conditions of its structure.  For example, it is possible to admire a whole branch of the city walls, built by the Republic of Siena, embracing the central keep and two round-based towers. The drawbridge, that leans above the ruins of the ancient moat, is also fully intact; the iron door bears the crests of the families of the captains who lived in the keep.

Sieges represented the most important part of the history of this castle: the fortress held a fundamental defensive function. Many failed siege attempts have been recorded, such as the sieges conducted by Ladislao of Naples in 1409, by the troops  of the fortune captain Giacomo Piccinino in 1455, Cesare Borgia’s attempt in 1503 and the siege perpetrated by the spanish army in 1552. Thanks to the thickness of its walls ( about 7 metres), the total lack of windows and a secondary drawbridge to reach the first floor, the castle was considered unconquerable. It had to surrender only in 1555, to the troops of the Maragliano Marquise, after the fall of the Republic of Siena.

The history of the castle of Sarteano is millenary: we can read about it in documents dated 1038, when it was used as an administrative center for the stipulation of deeds, donations and assignments. In the beginning it was ruled by the Counts of Manenti, but because of its strategic value on the limit between Orvieto and Perugia, both the castle and the hamlet of Sarteano joined Siena in 1379.

The modern appearance of the castle is due to a restoration occurred in 1469 by the hands of Siena, which made it more suitable to host military garrisons and to allow defensive patrols up to the lateral towers.

When its property passed to the Medici family, the military function of the castle slowly decayed.
In 1617, Grand Duke Cosimo II gave it as a gift to Brandimarte Fanelli, in perpetual property to him and to all his male descendants. The Fanelli family owned the structure up to 1997, year of its acquisition by the city of Sarteano.

After a long restoration intervention, the Castle of Sarteano has been opened to the public in 2004, and it is mostly used as a location to host cultural and food related events, which usually involve the whole hamlet. For example, it recently hosted a representation of Shakespeare’s play “The Tempest”, or the medieval fantasy festival “Civitas Infernalis”.

Due to the integrity of its structure and to the memories of the ancient sieges recalled by the fortifications, the Castle of Sarteano is a recommended landmark to visit, not only for medieval enthusiasts. It is also well advised a visit to the hamlet, because of  the many events and festival that may interest both tourists and residents during the whole year. 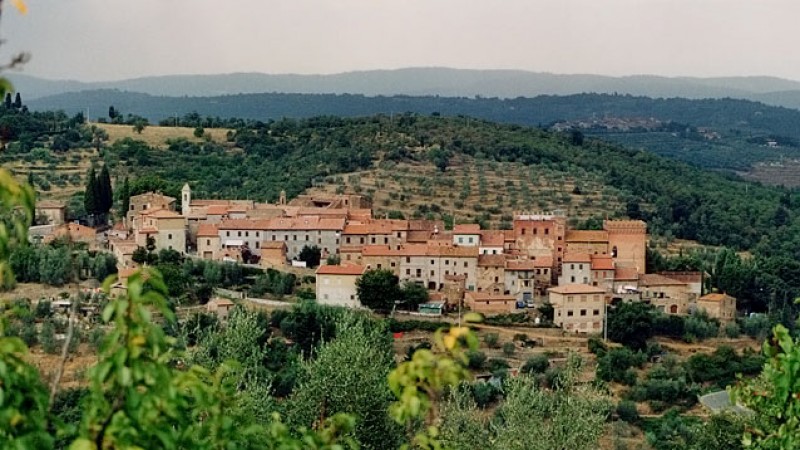